Each year, our parish's Adopt-a-Family program collects Christmas presents for a "sister" parish in downtown San Diego called Our Lady of Angels. Sophie, Thomas and I participated in loading and unloading the trucks this year (the Monday before Christmas), and Jennifer did most of the shopping for the family we "adopted." It was an impressive operation that provided presents for over 200 low-income families. Here are some pictures:

Our Lady of Angels Church 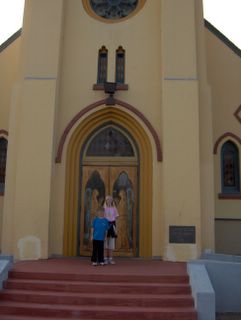 Thomas and Sophie carrying gifts to the church hall 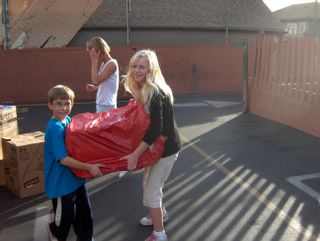 The church hall stacked with gifts 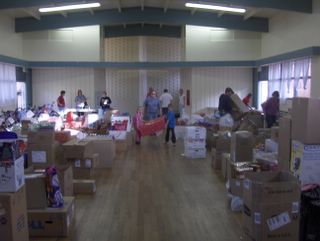 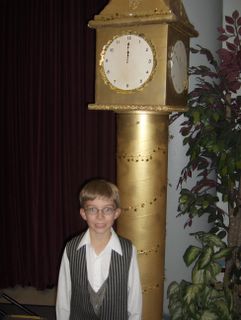 Death of an American City 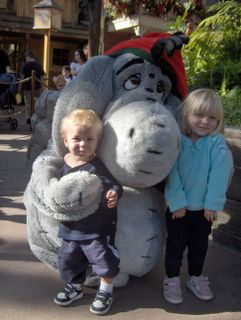 We took our last trip of the year to Disneyland on Sunday, December 4. The Annual Passports expire January 2. This time we actually had to pay for Cindy because she is definitely not 2 any more. The weather was great which meant the crowds were large, but we still managed to have a good time. The park was decorated for Christmas which is always impressive. Here are some pictures. I also posted the pictures taken of us during the Buzz Lightyear Astro Blasters ride: Daddy and Anthony, Sophie and Thomas, Mommy and Cindy.
Comments ()
// posted by jgraf @ 12/19/2005 06:48:00 AM

Not sure if you've seen this, but there is a guy in Texas who creates a Christmas light show using his house lights synchronized to music. A video of this year's show is available here. His web page is here which includes videos and pictures from previous years, along with descriptions of how it was done.

There is another guy doing similar stuff. His videos are: Wizards of Winter and Jingle Bells. 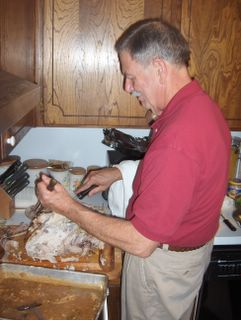 We had a nice time in Baton Rouge the week of Thanksgiving. The kids loved staying at Mamere and Pops's house. The only problem was that Anthony and Thomas were fighting colds at the beginning of the week. Mamere and Pops also invited Kathy and Richard Olsen and Patsy and Susan Loisel over for dinner on Tuesday night. We got to catch up with them about their plight since Katrina. They seem to be coping very well, and the Olsens have already gutted their house down to the frame so that they can rebuild it.
Comments ()
// posted by jgraf @ 12/08/2005 09:55:00 PM