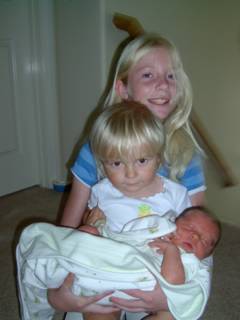 Anthony doesn't cry too much so far, but you can hear him in the audio attached to the picture below.

Anthony John Graf was born on June 22nd at 11:34 PM. He weighed 8 lbs. and was 21" long. Mom had a long but not terribly painful labor (she got the epidural at around 9:30 PM). She will stay a second night at the hospital before taking Anthony home. Here are some pictures. 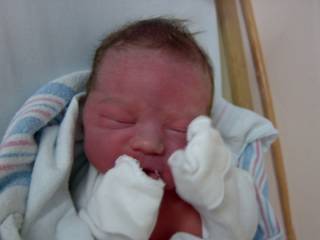 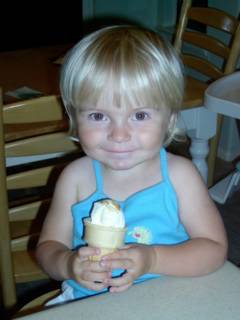 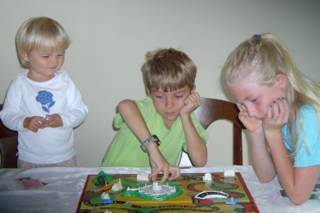 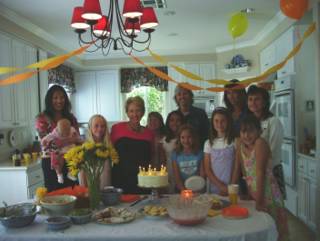 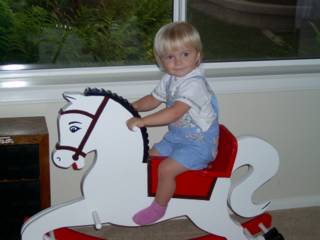 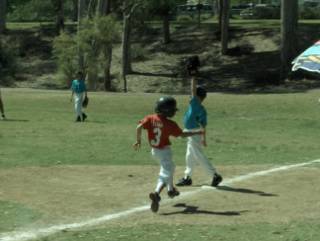 On Saturday we saw our first game at the brand new Petco Park. The Padres shut out the Brewers 4-0. Jennifer was a real trooper-- climbing lots of stairs and hiking to the parking lot.

Here are some pictures.