I recently posted an entry about the upcoming movie version of The Hitchhiker's Guide to the Galaxy. Little did I know that there is a REAL Hitchhiker's Guide hosted on the BBC's web site: http://www.bbc.co.uk/dna/h2g2. It was started by Douglas Adams in 1999 and the BBC took it over in 2001. Check it out!

Thomas gets the "game ball"

Thomas was awarded the "game ball" for his performance in his team's baseball game last Saturday. His coach said that Thomas had made big improvements in his hitting and fielding and it really showed in Saturday's game, where he made several good defensive plays. Thomas was completely shocked and thrilled. 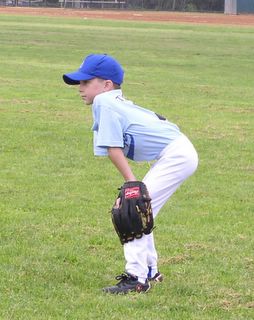 Believe it or not-- Anthony's walking

He's not even 10 months old yet and he's already walking. You can see proof by downloading the video clip from here. 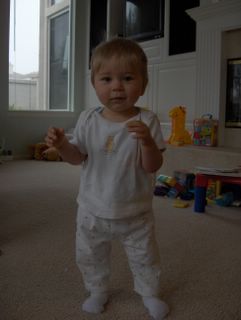 Thomas continues to improve in baseball. His batting average is up and he is making some great plays in the field. The team is struggling a bit overall, but I think they will start firing on all cylinders soon. Their scores are here. 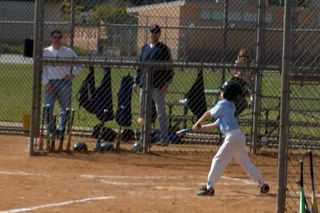 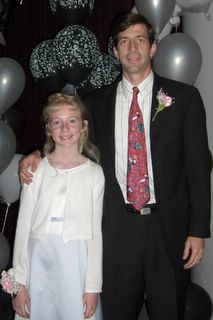 Last Friday Sophie and I participated in the First Annual Father-Daughter Dance at Dingeman Elementary. There were over 100 couples in attendance-- the school netted about $1000 even though there was a paid DJ. Jennifer was one of three moms that organized it and she did a great job. She set up a dessert contest that had over 40 entrants!

The Hitchhiker's Guide to the Galaxy