Cindy is now going to a neighborhood pre-school two mornings per week. She can't get enough! Her favorite activity is painting. 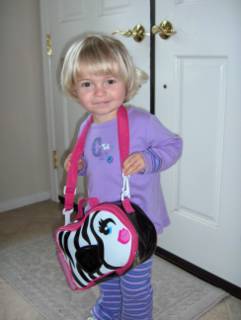 Here is a clever parody of HP: everythingispossible.com. Instead of HP Invent, the slogan is PH Invert. Instead of CEO Carly Fiorina, it's Karla Fidora. Some of this stuff sounds like it was done by an insider....

Here is a house designed by engineers for engineers: Dilbert's Ultimate House (DUH). The guiding principles are practicality, efficiency, and innovation.
Comments ()
// posted by jgraf @ 1/13/2005 09:51:00 AM


We took a day trip to Disneyland on Sunday, January 2. Santa brought us annual passes for Christmas! Cindy loved her first experience, especially the new Pooh Bear section. The lines were fairly short because of intermittent rain, but we couldn't figure out why Big Thunder Mountain Railroad had no line. Well I found out when we got home.... Check here for a list of rides that we went on.