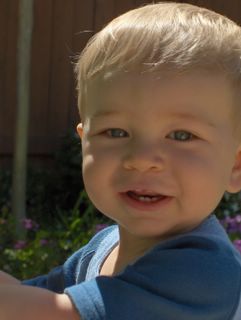 Reading The Incredibles to Matthew and Stephen 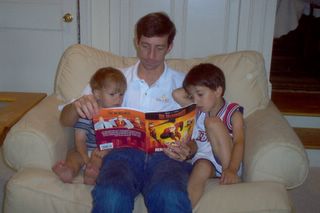 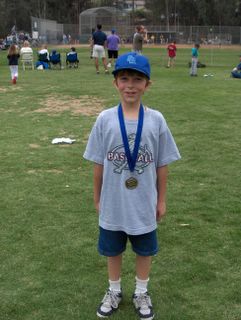 Thomas won the Sportsmanship Award for his Little League team this year. The awards ceremony was Saturday at Scripps Ranch Little League Closing Day. His coach and manager had this to say:

"He (Thomas) was the only player who would pay attention to the game and the other players. He would always ask about the plays and would be the one to encourage the other players when they were discouraged with the calls. He was always eager to play any position Dennis assigned him and he always had a positive attitude and showed that he enjoyed playing baseball." Anthony with Volleyball
Originally uploaded by jgraf.
I forced the family to spend the day at the beach last Sunday (my birthday wish). They complied but we didn't see the sun all day.
Comments ()
// posted by jgraf @ 6/09/2005 01:52:00 PM

Our very own Jedi apprentice!